What is Ingress protection (IP)? 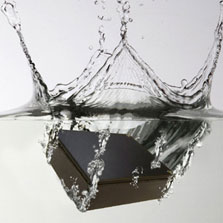 Ingress protection ratings or IP ratings, refer to the level of protection offered by an electrical enclosure, against solids and liquids.

In an environment where dust or water could damage electronic components, a sealed enclosure is used to prevent such ingress and safe house the electronics.

They are commonly used for applications which may be exposed to the elements, as well as dust or moisture. Typical industries include marine, offshore oil and gas platforms, security, lighting, leisure, food processing and more.

The letters ‘IP’ are always followed by two numerals which indicate the degree of protection offered, according to the British Standard BS EN 60529:1992 (as listed below).

E.g. IP67 - The first digit (6) represents the protection against solid objects and the second number (7), against water. So an IP67 enclosure completely prevents ingress of dust (6) and protects against temporary immersion in water for up to 1 metre for 30 minutes (7).

At Deltron Enclosures, we can offer IP54 enclosures, which are suited to light duty environments that may require some level of protection from dust.

For more demanding applications, we also manufacture IP66 and IP68 enclosures. These are suited to industries mentioned previously in this article, where the applications are located in tough environments and therefore ingress protection is a priority.

In addition, our IP66 and IP68 enclosures are available in a heavy duty version for a durable enclosure. They are often used for deep water applications, or when the engineer requires resilient casing for the electronic components.

Related articles: Four considerations when choosing an electronic enclosure
Selecting the right enclosure for the job